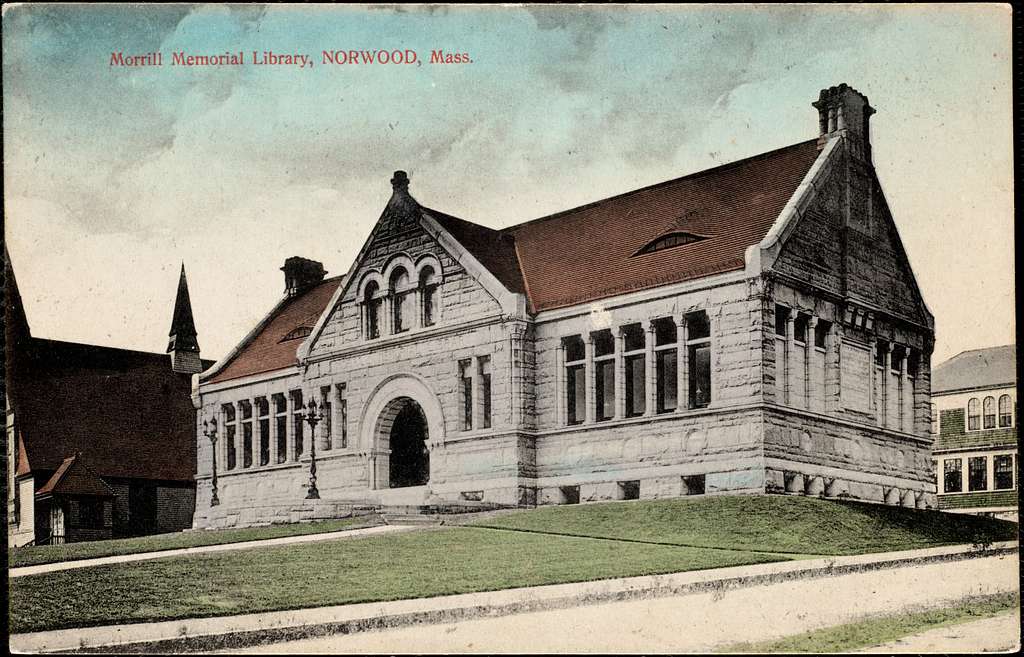 In Norwood, overdue fines were made history by an unanimous vote of the Trustees of the Morrill Memorial Library when they approved a revised borrowing policy at their meeting on December 14, 2021. This policy change removes barriers and increases access to the library’s resources.

For many years Norwood’s senior citizens have enjoyed fine-exempt status., and at the beginning of the Covid-pandemic the Morrill Memorial Library stopped collecting overdue fines. The Morrill Library joins a growing list of libraries permanently eliminating fines, including many in the Minuteman Library Network of which they are members, the Boston Public Library, and the New York Public Library in Manhattan.

“We know busy parents who have told their children they can’t check out books because they don’t know when they will be able to return to the library and are afraid of getting charged late fines,” says Library Director Clayton Cheever. “People with limited economic means are most adversely impacted by fines that many of us would consider trivial and insignificant. That’s why we’ve been happy to waive fines for seniors for so long. I’m very grateful our Trustees have voted to eliminate this barrier for everyone.”

Historically less than one percent of the library’s annual revenue came from overdue fines. In recent years this has been more than offset by the library’s revenue from passport fees, which the Federal Government mandates be collected.

Research has shown that collecting overdue fines is expensive and ineffective at getting people to return items to the library faster. Libraries that have eliminated fines get materials back at the same rate or sooner. The Morrill Memorial Library will continue to email overdue notices and charge borrowers for items not returned.